by Sidima Mfeku
in Choices
Reading Time: 4 mins read
A A Raw meat may contain harmful bacteria, including salmonella, listeria, campylobacter and E. coli, which can cause food poisoning. Photo: Supplied/Health For Mzansi

Some people live off a raw meat diet and claim they are healthier than ever before. However, experts warn that the bacteria it contains can make you sick.

Uncooked meat contains bacteria like salmonella, E. coli, Yersinia and others, which might be very detrimental to your health, says registered dietician Lila Bruk of Lila Bruk & Associates.

Bruk believes it is common among some people to eat raw meat for customary purposes, even though there is more harm than good in eating animal proteins while uncooked.

Some organs in our bodies, like the kidneys and liver, function to efficiently rid our bodies of waste and toxic substances, and returning vitamins, amino acids, glucose, hormones and other vital substances into our bloodstream.

This is similar where animals are concerned. As a result, some animal organs are more dangerous than others because they contain toxic substances that were meant to be excreted out of the animal systems. When eating raw meat that has not been thoroughly cooked, you might be exposing yourself to these toxins. It is therefore important to be cautious before consuming any meat.

According to the United States Centres for Disease Control and Prevention (CDC), salmonella causes more foodborne illnesses than any other bacteria and it is commonly found in chicken meat. The CDC research shows that 1 in every 25 packages of chicken at the grocery store is contaminated with salmonella.

“Raw chicken breast is known to be a huge risk in terms of contamination with salmonella and other foodborne illnesses, and it is one that many people should avoid eating uncooked,” Bruk adds.

The 2018 outbreak of listeriosis in South Africa that claimed more than 200 lives, pointed to the risks associated with the processing of uncooked meat. Bruk says bacterial contamination is also a risk in the storing of raw meat, mostly in refrigerators.

“Raw meat should always be kept separate from other raw foods, like your vegetables, to avoid further contamination. Raw meat should also not be chopped on the same chopping board used for chopping vegetables, to limit the spread of contamination. It is also very vital that you immediately refrigerate raw meat as soon as you reach your home,” Bruk says.

She further advises that you do not rinse uncooked meat as this is one of the ways in which you can contaminate your hands, the clothes you are wearing and the sink you are using.

ALSO READ: For food safety’s sake, do not wash your chicken 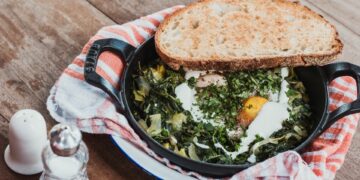 Iron deficiency: How to eat yourself healthier

If you are always tired, lacking energy and short of breath, chances are you could be lacking some iron in your diet. Two readers share how they turned their lives around.

Mzansi, what is on your plate?