Intermittent fasting works for fruit flies. And for us?

by Noluthando Ngcakani
in Trending
Reading Time: 5 mins read
A A Intermittent fasting is a trendy weight-loss strategy. A new study of fasting fruit flies shows how the diet, if properly timed, also slows the aging process and increases longevity by cleaning their cells. Photo: Supplied/Health For Mzansi

Intermittent fasting makes fruit flies live longer but will it do the same for humans? A new study of fruit flies shows how the diet, if properly timed, could slow their aging process and increase their longevity by cleaning their cells.

The lead author of the study, Mimi Shirasu-Hiza, is an associate professor of genetics and development at the Columbia University Vagelos College of Physicians and Surgeons and an expert in circadian rhythms.

Shirasu-Hiza explains, “Because intermittent fasting restricts the timing of eating, it’s been hypothesised that natural biological clocks play a role.”

Shirasu-Hiza and Matt Ulgherait, an associate research scientist in her lab, turned to fruit flies to investigate. Fruit flies have similar biological clocks to humans, staying active during daylight and sleeping at night, while also sharing roughly 70% of human disease-related genes.

Fruit flies are an excellent model for aging, Shirasu-Hiza says, because fruit flies and humans age in similar ways, but since fruit flies only live for two months, aging experiments are more technically feasible.

Fasting does wonders for fruit flies

Lifespan increased only for flies that fasted at night and broke their fast around lunchtime. The lifespans of flies that instead fasted all day, eating only at night, did not change.

For the researchers, the role of time was a big clue to how fasting is linked to longevity. They found that a cell-cleaning process kicks in after fasting, but only when fasting occurs during the night.

“When either of those processes were disrupted, the diet had no effect on the animals’ longevity,” Shirasu-Hiza says.

Fasting not only increased the flies’ lifespan, but the eating regimen also improved the flies’ “health span”, increasing muscle and neuron function, reducing age-related protein aggregation and delaying the onset of aging markers in muscles and intestinal tissues.

Human cells use the same cell-cleaning processes, so the findings raise the possibility that behavioural changes or drugs that stimulate the cleaning process could provide people with similar health benefits, delaying age-related diseases and extending the lifespan.

“Any type of restricted eating is difficult,” says Ulgherait. “It requires a lot of discipline, and most studies of time-restricted fasting in humans have built in a cheat day to make it more tolerable. It would be much easier to get the same health benefits if we could enhance autophagy pharmacologically, specifically at night.”

Will benefits be unlocked for humans?

Can the benefits of fasting be packaged in a pill? The new study of fasting fruit flies by Columbia University researchers suggests the answer may be yes.

Whether intermittent fasting is called the 5:2 diet or the 16/8 method, celebrities swear that the eating regimen is a great way to lose weight.

Intermittent fasting and time-restricted feeding in general limit food, but not overall caloric intake, to specific hours of the day.

American scientists have also backed the claim that fasting two days a week or restricting eating to an eight-hour window each day leads to weight loss.

Registered dietician and spokesperson for the Association for Dietetics in South Africa Kelly Scholtz believes otherwise and warns that the risk of the trendy diet outweighs the “rewards”.

“There is currently no long-term research to provide recommendations regarding intermittent fasting as a health practice and it should be considered experimental until we do have robust evidence to support it.

“There is currently insufficient evidence that it is more effective for weight loss than a traditional calorie-restricted diet. Possible risks include that it may cause more loss of muscle mass – with the associated reduction in basal metabolic rate – than a more regular calorie-restricted eating pattern.”

“It is important to consider adequate nutrient intake. It is also critical to consider your relationship with food and the way that you eat generally.

“Even if people seem to be eating a reasonable number of calories in the day, by eating them all in the space of a few hours in the afternoon and evening, they are storing more fat because their eating patterns are chaotic.

“The same people often report feeling out of control with food when they do eat. Then they fast the next morning to regain some sense of control, but the same thing happens [again]. This is definitely not a healthy eating pattern – physically or psychologically,” says Scholtz.

ALSO READ: What you should know before going on another crazy diet 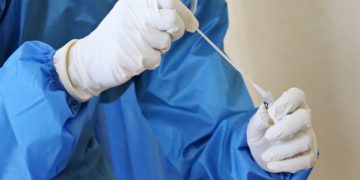