No Result
View All Result
Home My Health

The lowdown on sugar: It’s not all so sweet

by Siyabonga Mngoma
in My Health
Reading Time: 4 mins read
A A Not all sugar is created equal. Various kinds of sugar influence our diets differently. Know which is which. Photo: Supplied/Health For Mzansi

For the past 10 years, the debate about the health hazards of sugar has been raging locally and globally. This comes as no surprise when you consider how much of it South Africans consume daily.

A study by the University of the Witwatersrand revealed that South Africans devour between 12 and 24 teaspoons of sugar per day. Four to eight of those are from sweetened beverages or drinks that have sugar added to them during their processing. These include soft drinks, fruit drinks, sports and energy drinks, vitamin water drinks and iced teas.

A can of Coca-Cola contains just over eight teaspoons, while a Fanta Grape holds about 10,5 teaspoons, and the average amount in a can of fruit juice is estimated at about nine teaspoons.

The World Health Organization (WHO) recommends a total of about 12 teaspoons per day, including added sugars – less than 10% of the total energy intake for grown-ups and children. In South Africa, that is 202 calories based on the recommended calorie intake for women and 250 calories for men. However, just a 5% intake reduction is claimed to provide added health benefits.

The taxman steps in

In South Africa one result of the sugar debate was our government’s introduction of “sugar tax”, which came into effect on 1 April 2018. The South African Revenue Service (SARS) started collecting the Sugary Beverages Levy (SBL), which is fixed at 2,1 cents per gram of the sugar content that exceeds four grams per 100ml. This means the first four grams per 100ml are levy-free.

The levy was introduced by government “to prevent and control non-communicable diseases (NCDs) like diabetes, hypertension, asthma, stroke, cancer, cardiovascular disease, etc. and assist in the prevention and control of obesity”.

Not all sugar is made the same…

So, how do we ensure that we don’t end up eating or drinking more of the sweet stuff than is recommended?

As always, the first step is to know the facts. Here’s the breakdown of different sugars and what to look out for when choosing what to consume.

Natural sugar, in the form of a carbohydrate and commonly found in fruits (fructose) and milk (lactose), is part of a healthy diet and safe to consume. They also contain nutrients such as vitamins and fibre and tend to be low in calories and sodium, which makes them part of a balanced diet.

Added sugar is typically refined from sugar cane or beets and gets added to almost all processed foods to make it sweeter, to prolong its shelf life or to change its colour, form or texture. This is the type to avoid. Foods like cereals, flavoured milk or yoghurt, some fruit juices, energy drinks, fruit bars, breads, salad dressings, sauces and ready-made meals, among others, mostly contain added sugars which have been associated with lifestyle diseases.

WHAT IS IMPORTANT TO NOTE, IS THAT ADDED SUGARS HAVE NO NUTRITIONAL VALUE.

While they can be added to nutritious foods, they simply add to one’s calorie intake and spike your blood sugar levels.

Foods recommended for a low-sugar lifestyle include fruits and vegetables because of their natural sugar content, full-fat versions of foods (as low-fat may have been sweetened) and whole foods (unrefined and unprocessed foods). Try to cook your own meals to control the amount of sweetness you consume, eat plain yoghurts as opposed to flavoured ones, and try raw oats for cereal along with dried fruits, nuts and dates for snacks and dessert.

Low-sugar beverages include water and infused water (with things like cucumbers, mint or lemon), fruit and herbal teas or unsweetened tea and black or flat white coffee.

While some are tempted to argue that the sweet substance does not cause diseases like diabetes, research has shown that being overweight or obese (sometimes caused by sugar intake) increases the risk for diseases such as diabetes, heart disease, high blood pressure, stroke and cancer by four to eight times. What’s worse, it’s addictive, and like any other addictive substances we should aim for moderation.

ALSO READ: Why we need to decolonise our diet 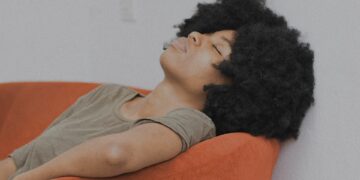 Insomnia: What to do when you can’t sleep

For many months, Amelia April fought insomnia, desperately staring at the ceiling while listening to her husband’s soft snores. The true cause of her sleeplessness took her by surprise.

Gents, you can have good skin too

Whole foods are wholly good for you